Being young and impressionable certainly did me no harm and it was in 1990 at the age of 16 whilst on holiday in Majorca with my Aunty, Uncle and cousins that my interest in languages began after I met a man working in our hotel whose job it was to entertain the guests. I can’t remember this man’s name but I remember that he was Swedish as I asked him one day where he was from. 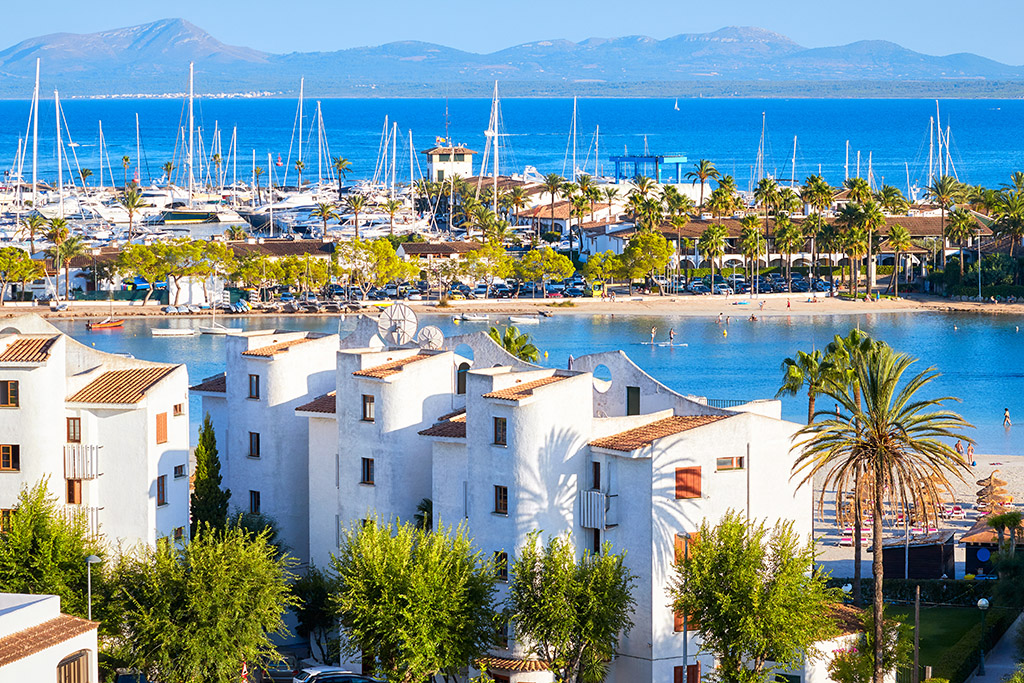 The hotel we were staying at wasn’t one of those hotels where the British and Germans were competing to see who could get up the earliest to secure their sunbeds but instead an international hotel full of people from all over the world whose sole purpose was to get a suntan and have a good time.

I remember feeling nervous at times, being such a young age and surrounded by people who sounded so different to what I was used to in my everyday life.

At that time, I would describe myself as quite a shy person who rarely spoke to anyone that I didn’t know.

I also had no idea of what I wanted to do with my life as I was about to finish school and had little interest in academic subjects and only ever wanted to be playing football and hanging out with my friends.

During the holiday we spent quite a lot of time in the hotel as the hotel was located in a quiet resort which wasn’t very big and therefore a bit limited in its appeal to someone of my age at the time.

Things were about to take a life changing turn as one day the hotel had arranged an international game of football for the guests and as I enjoyed playing a lot of football back at home, I decided to take part as did my cousin who was a better footballer than me.

There were probably around 20 fully grown men from all over the world taking part in this football match and I remember feeling excited and scared at the same time as most of the people on our team didn’t speak a word of English and I hadn’t got a clue how to even say hello in Spanish at the time so I wasn’t exactly sure how I was going to ask for the ball or communicate with anyone except for my cousin.

The football match was refereed by the Swedish Man who worked at the hotel.

It was about 35 degrees in the heat of summer and the match seemed to last an age.

I remember feeling frustrated at not being able to speak to the other players on our team and only felt confident to give the ball to my cousin as I knew how to ask for it back from him.

As frustrated as I was feeling couldn’t compare to the amazement I was also feeling at listening to the Swedish man who was refereeing the game speaking like a native to every single person on the pitch in their own languages, switching back and forth with absolute ease.

I couldn’t believe my ears as I had never seen or heard anything like it.

I can’t remember who won the match, not that it matters.

After the match I spoke to the Swedish man and I asked him how many languages he could actually speak.

He explained that he could speak 9 languages fluently and that he had a brief understanding of a few more besides.

We all had a fantastic holiday but more than this I had finally been inspired to do something that I had no idea interested me prior to meeting this man.

I wanted to learn languages. Not for any particular reason but just because I thought it was cool and sounded awesome and so my language learning journey began and off to college I went.

The journey towards English Fluency starts right here.
MAKE ME AN ENGLISH ACE

*** Language Hacks *** Hack #1: Don't concentrate on understanding every word when you read something. Read it first to understand the general concept. Then, go back and concentrate on

*** How to make the Present Continuous Tense *** Here is how we make the positive: Positive I am mowing you are mowing he is mowing she is mowing it

*** ENGLISH TO, TOO, TWO *** What’s the difference between to, too, and two? Lets find out To To has two functions. First, as a preposition, in which case it

Who are the lessons suitable for?

What is covered in lessons?

How are lessons delivered?